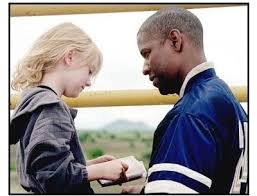 Perhaps John Creasy has learned his teaching philosophy from the Bible which he reads regularly. I am not holding up this movie character as a model in general. But he does provide a useful illustration of faithful parenting. Our children are becoming what we are leading them to become. They are modeling what they observe in us. They are taking to heart our values reflected in our practices, attitudes, habits, speech, use of time, use of money, etc. And then there are the deliberate sessions with them in which parents instill particular lessons. Whatever it is we want them to learn, we must teach. Whatever it is we want them to understand, we must explain. And we must not expect from them what we have not taught and expounded. And we must be patient throughout, for there is much repetition involved, not unlike the way Father God regularly repeats Himself to me and for my sake. Apparently He thinks I'm worth the effort. Certainly to us our children should be worth no less.

I am not beginning this particular blog series because I have figured out parenting and have a handle on the sound practice of it. I am beginning it because I need to better learn the art of raising children and be vastly more consistent in it. Writing can be helpful to me in this regard. Perhaps the series may prove helpful to you as well.

He Brings Some Down 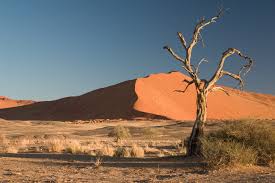 No one from the east or the west or from the desert can exalt a man.
But it is God who judges: He brings one down, He exalts another.
Psalm 75:6-7
Posted by Brent at 7:01 AM No comments:

What Would Love Do?

Pour out Your wrath on them;
let Your fierce anger overtake them. . .
For they persecute those You wound
and talk about the pain of those You hurt.
Psalm 69:24 & 26

It is a false kind of Christianity that assumes, if not insists, that God means a good reputation and pleasantness always for His people, and then wrongly judges those who do not have these. It is the testimony of God Himself that such nonsense is in fact nonsense. Woe to those who propagate the lies. Woe to the professing believer who lives as though this world is all there is. And woe to the ones who speak evil of those God is afflicting. And woe to the foolish that credit the followers of Jesus with causing too many of the troubles that fall upon them. And woe to each of us that takes no action to relieve said troubles, for, says David, "I looked for sympathy, but there was none, for comforters, but I found none" (v20).

If we're going to bear the burdens of our brothers and sisters in Christ (which is commanded as an expression and fulfillment of Jesus' love - Ga 6), it necessarily means carrying at least a portion of the weight that presently rests exclusively upon them. I suggest a weekly discussion with your family, (or if single, with yourself) to consider whom you may relieve, bless, and help. Consider thoughtfully their wounds and ask yourself, "If I were in their situataion, what would I need?" Pray and strive against the selfishness-fueled uselessness that marks so many of us. We tend to be a soft and silly people, whose values and pursuits and preoccupations are basically the same as those of the pagan. May God grant that we evermore be marked by sacrificial and refreshing neighbor love.

Jesus pronounces blessing on those who suffer for Him and what He loves; and makes them grand promises of reward (Lk 6:22; Mt 5:10-12); while He pronounces curses on those of whom all speak well (Lk 6:26). How far we are from the heart and mind of the Son of God, and the message of the Scriptures that reveal Him.
Posted by Brent at 10:00 AM No comments:

The Faith that Embraces Flames

"Let this fact be deeply graven in our minds. Wherever the English language is spoken on the face of the globe this fact ought to be clearly understood by every Englishman who reads history. Rather than admit the doctrine of the real presence of Christ's natural body and blood under the forms of bread and wine, the Reformers of the Church of England were content to be burned." - From Five English Reformers, by J.C. Ryle, page 27, 1890.

I was wondering if any of us believe in anything for which, rather than deny it, we would ourselves be content to be burned.
Posted by Brent at 7:57 PM No comments:

Paying Honor to Jim Sanders - For Me Light, in a Dark Place 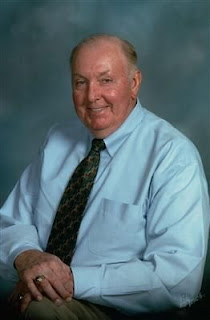 It's been a few years since I met the last person I have managed to keep as what I would call a friend, if that gives some indication of the small circle of folks who will tolerate me. Jim was in that tiny ring. I met James W Sanders in 2002 in Fayetteville, NC. He would have celebrated his birthday last Wednesday had he not died last November, on the 5th, at age 80. His birthday has me thinking about him. I believe he was good for the world. I know he was good for me.

Jim was intelligent and witty. When with him I laughed a lot, and heartily. Something like that means a lot to a melancholy someone like me.

Jim had means but lived simply, in a mobile home in tiny Erwin, NC, just north of Fayetteville. He loved his children - one daughter and one son; and loved his granddaughter also. He spoke of them regularly with a kind of healthy and humble thankfulness.

Jim read the Scriptures and prayed every day, and participated weekly in our church's Sunday gatherings. And he asked me a lot of questions, especially about the Trinity. He wanted to understand. I don't believe that's common in today's American and southern church. He also participated in a men's study group I hosted in my home. In my experience, that too is rare for a southern Baptist in his 70's. But like I said, Jim wanted to understand. He was teachable even in old age, and even by a young punk, like me.

Jim was a smart-ass in the best sense of the word, like Jesus in His cutting sarcasm. I loved that about him. He did not fear the faces of men.

Following my leaving Fayetteville, Jim and me kept in touch by phone. And I occasionally sent him pictures of my children since they didn't exist when Jim and me lived near one another. He was interested in how they were growing and getting along. And when we talked he always asked about my wife and my work. And he always pressed me to keep him in my prayers. Maybe better than most of us he recognized his dependent status.

This poor tribute certainly does not do justice to Jim or to what he has meant to me. But I offer it nonetheless. Maybe he'll hear about it, in heaven.

Sunday Post for Shepherds - Relieve the Poor, Free the Pastors, Support the Missionaries

Without taking time to cite the relevant texts, I nevertheless assert that God, by and in Scripture, assigns qualified men to govern His local congregations and tells those men what to do with His money given to His kingdom by His people. The big categories for distribution include the poor, the pastor, and the missionary. Relieve the poor, free the pastors, and support the missionaries. Our church budgets should reflect these divine priorities, which might mean that to come in line with God's agenda you will have to erase some budget lines that mean a lot to some of your folks. Explain that to them and then do it.

PS - These channels through which God means for currency to flow should also be priorities for Christian families and individuals. The God who gives power to earn money also gives us instructions on what He wants done with that income. Do your own study of Scripture. These channels are not hard to see there, in both testaments.
Posted by Brent at 7:34 AM No comments:

To the Christian Rich - Consider the Indiscriminate Generosity of Jesus

And He went throughout all Galilee, teaching in their synagogues and proclaiming the gospel of the kingdom and healing every disease and every affliction among the people.
So His fame spread throughout all Syria, and they brought Him all the sick, those afflicted with various diseases and pains, those oppressed by demons, epileptics, and paralytics,
and He healed them.
Matthew 4:23-24
Posted by Brent at 9:49 AM No comments:

Brent
I am a weak, afflicted, and perplexed Christian man; husband to Marian, father to Tess and Joah, and a failing author. Concerning common grace I am particularly thankful for autumn, baseball, bourbon, bacon, and peanuts in the shell. I prefer cats over dogs, a mountain to a beach, and stairs to an elevator. To send an email, select "view my complete profile" below. 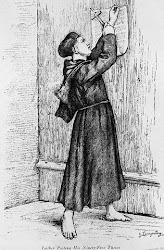 Apart from Jesus, my favorite iconoclast -- "While I sat still and drank beer with Philip and Amsdorf, God dealt the papacy a mighty blow."